The Chicago International Film Fest wrapped up last week and I enjoyed the last two movies I screened more than anything else I saw at the festival except for Blue is the Warmest Color, which was just so damn good, I’m still thinking about it, weeks later. Anyway, about Alan Partridge. END_OF_DOCUMENT_TOKEN_TO_BE_REPLACED 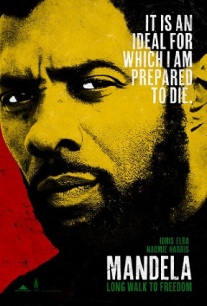 Rush was a serviceable car racing movie, but it was a rather boring biopic, because Rush split the difference between two Formula 1 drivers, James Hunt and Niki Lauda. It would have worked a lot better if it had been either a movie about Hunt, or a movie about Lauda, but making it about both ended up short-changing everyone and character-wise it felt, well, rushed. You didn’t really come to care about either character because, due to time constraints, neither really existed as an independent person. They were just a mish-mash of clichés that hung off of each other. Then there was The Butler, which was also serviceable but ultimately flat because it attempted to cover entirely too much time. If Lee Daniels wanted to tell the story of White House butler Cecil Gaines’ fascinating forty year career, he would have been better off doing so in a ten-part HBO miniseries. If he just wanted to tell us about Cecil Gaines, then he needed to ground the story in one place and time and not bother showing us a bushel of presidents. It was too much for two hours.

I bring these two movies up because Mandela: Long Walk to Freedom combines the best (worst?) of both of those problems. Directed by Justin Chadwick (The Other Boleyn Girl) and starring Idris Elba as Nelson Mandela and Naomi Harris (Skyfall) as Winnie Mandela, Mandela has too much going on to do justice to either of its subjects. END_OF_DOCUMENT_TOKEN_TO_BE_REPLACED

Going to have to double up some of these reviews or else I’ll never be able to keep up. I’m already like, a week behind here. Anyway, I’ve seen two movies at CIFF that on the surface have nothing to do with one another but which ended up connecting in my mind, thanks to a series of tremendous performances. The French import Blue is the Warmest Color and the professionally lit talent show that is August: Osage County both revolve around top-notch acting, but what struck me about them is how each approaches acting from different angles, one completely naturalistic, the other mannered and theatrical. They’re both valid approaches for storytelling, and these two movies typify how differing ways actors work can be used to drive a narrative. END_OF_DOCUMENT_TOKEN_TO_BE_REPLACED

The Chicago International Film Festival kicked off last Thursday with James Gray’s The Immigrant starring Marion Cotillard, Joaquin Phoenix and Jeremy Renner. The movie was picked up by The Weinstein Company and looked initially like prime Oscar bait, but TWC shunted it to their speciality arm, Radius, and then kicked it to spring 2014, taking it out of Oscar consideration for this year. After seeing it, I understand why that move was made, but it’s too bad because it will disadvantage an extraordinary performance by Cotillard. END_OF_DOCUMENT_TOKEN_TO_BE_REPLACED