I adore South African actor Sharlto Copley (District 9). I don’t understand why he isn’t in every movie. I would just cast him in everything and call it a day (wishful thinking: Sharlto Copley for Ant-Man). After a three-year drought following The A-Team, Copley is back with not one but two whole movies this summer: Neill Blomkamp’s District 9 follow-up Elysium and the found-footage sci-fi thriller Europa Report (now available on demand). I decided to make a double feature of it because they’re both sci-fi movies starring Sharlto Copley. Short review: Yes to both but manage your expectations going in.

Neill Blomkamp is a very good director, and he is also a good writer. But Elysium was a little too much for him and he showed some young-director jitters, especially in the third act, that weren’t evident in the more modestly scaled District 9. Going from District 9 to Elysium feels like Blomkamp skipping a step, which is not to say it’s a bad movie—it isn’t. It’s one of the better blockbuster-types this summer, and there is a lot to like and admire about it (and Blomkamp’s direction of it). But it’s shallow on character development, the editing is not great, the ending is rushed, and Jodie Foster is allowed to get away with a really poor accent choice.

The world building in Elysium is top notch. Blomkamp’s future Earth is an over-populated, dirty, sweaty hellhole and it feels and looks very lived in and real. And the world of Elysium—the space station orbiting Earth inhabited solely by the 1% in a bit of blatant class metaphor—is scrubbed clean and polished to an antiseptic shine, looks every bit as believable as Earth. Also, Blomkamp opted to stage his action scenes in broad, bright daylight, and it was a relief to enjoy large-scale action that you don’t have to squint or peer at through pouring rain or dingy, washed-out hues. It’s a very visually pleasing movie. 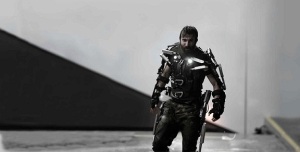 But Blomkamp’s script, aided and abetted by rackety editing, makes for an unsatisfying narrative. Matt Damon plays the main character, Max, who’s a reformed criminal and that’s about it. Most of the “characters” in Elysium run out of motivation halfway through the film, at which point they just die because there’s literally nothing left for them to do (poor Diego Luna). Damon’s considerable on-screen charm makes up for Max’s lack of discernible personality, but he might as well have been called “Proletariat #1” because he only exists to launch an attack on elite Elysium in hopes of saving himself after an industrial accident leaves him stricken with cancer.

Copley is similarly underserved as Kruger, whose characterization goes as far as “psychopathic mercenary”. That works fine when he’s the puppet of Foster’s evil Secretary Delacourt, but when Kruger takes over as the central antagonist the movie collapses on itself but becomes a rote confrontation between a lunatic and self-serving anti-hero. Delacourt isn’t a particularly interesting villain but she is essential to the ideas established by the first half of the movie—once Kruger becomes the focus of Max’s fight the movie stops being about Elysium and every bad thing it represents and devolves into a standard action climax (there’s really no difference between this and the final battle in Iron Man 3).

The narrative messiness of Blomkamp’s script looks a little like studio interference, like maybe he was headed down a slightly too political road and was made to back off some of his ideas in favor of a more simplistic finale, and if Blomkamp hadn’t also struggled with things like the editing—and Foster’s atrocious accent—I’d buy that theory. But given that he had some fairly basic filmmaking problems and that an actress of high stature went unchallenged on a truly bad character decision, I think he was just overwhelmed. Elysium started strong but by the end it became a kitchen-sink movie. Blomkamp had so much money at his disposal ($115 million) and such good actors working for him that he started chucking everything he could into it. The result is not a bad movie, but it’s also not a home run. 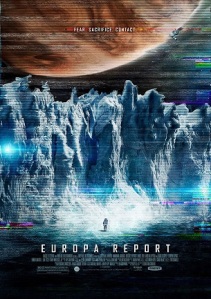 Sebastian Cordero’s Europa Report is a found-footage film that actually justifies that genre. The story revolves around eight astronauts sent to explore Jupiter’s moon Europa, and it benefits from the input of NASA scientists, who laid out the ship’s design as well as consulted on the alien terrain of Europa. The result is a space movie that looks like it was actually shot in space, which is no small feat. The production design is the most complex part of Europa Report as the plot is just “people in space and everything goes wrong”, and the faux-documentary style of the narrative suits that well because while everything feels very authentic, this is not the most engaging movie ever.

It is, however, the movie Prometheus should have been. The astronauts (including Copley, The Girl with the Dragon Tattoo’s Michael Nyqvist, and stellar Romanian actress Anamaria Marinca) arrive on Europa looking for signs of life and immediately descend into chaos and terror. The sheer inhospitality of space is the antagonist and the movie kills any sense of hope by letting you know right off the bat that the mission failed. Every ultimate-doom scenario is covered from a wrecked ship to a terrifying sequence in which an astronaut is adrift in space. Where Prometheus got bogged down by a bunch of mystical sci-fi bullshit, Europa Report never veers from the simple query of “what happened on Europa”, and the result is a tighter, more logical movie.

Like Elysium, though, characters are thin on the ground. The astronauts are just shaded in enough to function but they’re never really tangible people. The strong cast largely makes up for it, but you never particularly care when bad things happen to them—it’s more an intellectual exercise on Why Space Is Scary than actually being moved when one of them meets their fate. Still, Europa Report does invoke fear effectively, and it paces out the mystery of Europa’s icy seas well enough to be an enjoyable thriller/horror-ish type movie. It’s not a world-burner but it’s a solid VOD option.