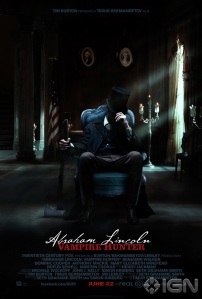 To be fair, it’s kind of hard not to. I mean, the gimmick is right there, in the title.

I’m not one of those people who think that books adapted into movies have to be exactly the same thing. In most cases, movie adaptations are better when they don’t use too much of the source material. What works in a book is usually not going to work in a movie since they’re vastly different storytelling styles. But when adapting a book into a movie, I do think you need to capture the spirit of what made the book interesting in the first place. And sometimes, you read a book and know right away that it’s made for adaptation, that this book will lend itself neatly to the movie format. That was my feeling when I read Abraham Lincoln: Vampire Hunter—that it was made to be a movie. I was excited to hear that author Seth Grahame-Smith, who comes from the world of television writing, was adapting his novel for the big screen. Yay, I thought. The guy knows how to write a script already. What could go wrong?

Somehow—and I’m not sure if it’s fair to heap it all on Grahame-Smith’s shoulders, but as the solo screenwriter, he is going to share in the blame—but there were myriad problems with Abraham Lincoln. The chief problem is the gimmick issue. The story sounds gimmicky, and to an extent, it is. But what made the book work—and work well—was that it was actually a pretty good biography of Lincoln. Grahame-Smith did an incredible amount of research, and it was kind of fascinating how he folded the idea of secret vampire war into Lincoln’s real history. It was the merger of that very real historical account and the fantastical vampire plot that made the book interesting, but the movie sacrificed a lot of that. Too much of that.

It’s not like they start lying about Lincoln, because they don’t. It’s just that the movie would have been better served if the approach was more “biopic”, less “fantasy action film”. This is where I put some fault on director Timur 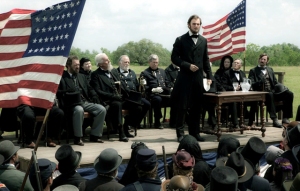 Bekmambetov (Wanted). His visual style is cool enough and well suited to bloody action flicks—I would SO much rather deal with him than Zack Snyder—but tonally, he was a mismatch for the story. He was too much into the vampires and the fighting and the blood splattering across the screen. Yes, it looked cool, but it missed the point of the story. Although I do want to give a big thumbs up to cinematographer Caleb Deschanel (father of Emily and Zooey) and his photography. His lasting contribution to cinema will always and forever be The Black Stallion—one of the most gorgeously shot movies ever—but his style matched up really well with Bekmambetov. I’d be into seeing another movie made by those two, one where the flair is more appropriate. Because in this movie, I was longing for something a lot more simple and straightforward.

Here is the perfect example of what went wrong with the movie version of Abraham Lincoln: Mary Todd Lincoln (Mary Elizabeth Winstead, Scott Pilgrim vs. The World). In the book, Grahame-Smith covers Lincoln’s first love, Ann Rutledge, who died, 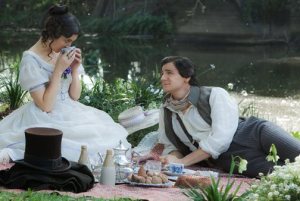 probably of typhoid fever, before they became officially engaged. The book suggests—as do some biographies—that Lincoln’s true love was Rutledge, and that he basically settled for Mary Todd, due largely to her connections. The movie skips over Rutledge all together, painting Todd as the love of his life, and also, completely ignoring her history of mental illness and depression. Again, the book runs right at it, not shying away from drawing out how Lincoln and Todd’s mutual maladies brought out the worst in one another, creating a cycle of depression that got harder and harder to break, especially once their son Willie died.

In the movie, however, Mary Todd is sharp and sassy and ass-kicky, which look, I get it. A weeping willow like Mary Todd is not appetizing to modern audiences and we don’t like to think of one of our country’s most beloved figures as having a depressing, lonely married life. It’s a bummer for sure. So I get how the filmmakers arrived at the decision to recast Mary Todd as a stronger, more involved figure, who had a fulfilling life with Lincoln. But there’s plenty of recorded history to suggest the exact opposite, and the book wasn’t afraid to go there, so I don’t know why the movie backed off. It definitely took away from the story.

As for the rest of it—it’s a mostly technically proficient film. The 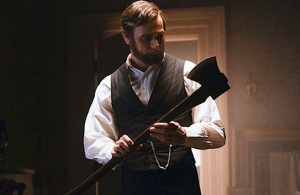 production and costume design are good to really good, and Benjamin Walker, a veteran of Broadway, makes for a decent film lead. I wasn’t like, in love with him, but he did well enough as Lincoln, managing to convey an increasingly heavy spirit without dragging down the tempo or vibe of the film. The makeup for aging Lincoln was good, too, which makes the terrible high school theater makeup on Winstead even more baffling, and while the film looked great, the editing was choppy. Overall I’d give the technical aspects a solid B. 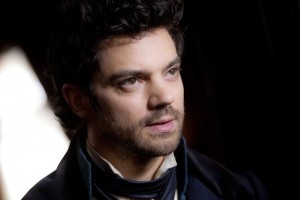 pretty good actor—I enjoyed him in Captain America and he’s all kinds of good in The Devil’s Double—but when people rave about him, I haven’t been seeing it. Until now. He is really super fucking cool in Abraham Lincoln. And he gets to use his English accent, which is an automatic +10. I’m not sure I’m ever going to full-on crush on the guy, but I am starting to see what everyone else sees. And sometimes it’s more fun when they sneak up on you like that.

PS: The horse stampede scene is SO STUPID. Remove that one scene from the movie and it’s automatically 45% better.

PPS: The ending of the movie is better than the book’s. The only part of the book I eye-rolled was the ending, but the movie goes a slightly different way and is less eye-rolly. Although Cooper’s second to last line is ridiculous. Any time someone says, “Let us fight through the ages,” you’ve lost me.