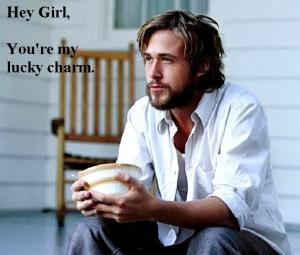 I used to have this conversation about Ryan Gosling’s voluntary withdrawal from acting when The Gos was on his “break”, diddling around with a band (the unbearably hipster but not half-bad Dead Man’s Bones), and people were like, “Has he abandoned us? Were we not enough? Why isn’t he calling? He said he would call! WHY DOESN’T HE LOVE US ANYMORE?” You could feel the desperation whenever he came up in a conversation during this time. Hollywood was afraid that Ryan Gosling, arguably one of the greatest talents under forty, didn’t want it anymore. Also during this time, on the waning end of his break, right before he emerged from his fortress of solitude, I saw The Gos for myself. END_OF_DOCUMENT_TOKEN_TO_BE_REPLACED