Steve McQueen’s new film, Widows, is not performing well at the box office, which could doom its Oscar hopes. It shouldn’t! But it does! Because the Oscars are ridiculous and only getting more so as the Academy tries to find ways to combat the slipping ratings which are still really high. This week Kayleigh Donaldson and Sarah Marrs discuss Widows, the Oscars, that proposed “popular Oscar” category everyone is ready to throw out of a moving car, and how box office and popularity impact award campaigns. So join us for the first in a series of discussions about the upcoming Oscars and how they will be different from any previous Oscars ceremony. Also: GO SEE WIDOWS.

And yell at Sarah here: @Cinesnark 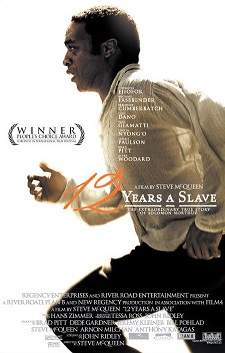 I’ve been wrestling with this review for several weeks. I wanted to get it just right. 12 Years a Slave is, simply, one of the best films I have ever seen, and it deserves the extra attention. Directed by Steve McQueen (Hunger, Shame) rapidly becoming one of the most compelling filmmakers working, and starring Chiwetel Ejiofor (no longer “that guy from Love Actually”), Michael Fassbender, Alfre Woodard and Brad Pitt, plus a who’s-who of actors including Benedict Cumberbatch, Sarah Paulson, Garret Dillahunt, Paul Dano, Paul Giamatti, Scoot McNairy and relative newcomers Quvenzhane Wallis and Adepero Oduye, and a break-out performance by Lupita Nyong’o, 12 Years is a movie in which the smallest roles are occupied by tremendous actors. The result is a compellingly real recreation of the worst of American history; like Schindler’s List making the horrors of the Holocaust tangible, 12 Years a Slave brings slavery to awful, crushing life. END_OF_DOCUMENT_TOKEN_TO_BE_REPLACED 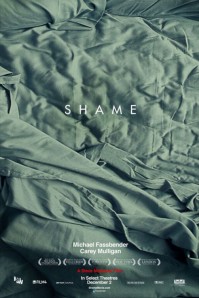 If you’re going into Steve McQueen’s (Hunger) Shame expecting lots of sexy scenes with Michael Fassbender having sex, you’re in for a disappointment. Yes, there’s a lot of naked Fass Ass and yes, there’s a lot of sex, but no, it’s no sexy. It’s not fun. It’s not even pretty movie sex. At one point, Brandon (Fassbender) is crying during a threesome and not tears of, “Oh man, my dreams are coming true,” but tears of, “I hate myself and I don’t want to be doing this anymore”. Fassbender absolutely makes Shame, much as he did his first collaboration with McQueen, Hunger, and he gives a performance that sets the high watermark for his career very, very high. This is the male lead performance of the year, just barely edging past Peter Mullan in Tyrannosaur for the most powerfully affecting performance from a leading actor. All the good and great bits of Shame are down to Fassbender. Take him away and the movie doesn’t actually have a lot going on. END_OF_DOCUMENT_TOKEN_TO_BE_REPLACED