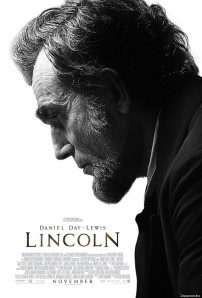 I’m having one of those “I think I saw a different movie” experiences with Steven Spielberg’s Lincoln. I was watching TV last night and a commercial for the movie came on and it was loaded with pull quotes from various critics, which included words like brilliant and masterpiece. I don’t trust pull quotes in general (and this is why) but I have been discussing Lincoln with others who have seen it and I find myself in the minority that do not think this movie is either brilliant or a masterpiece. It’s an okay movie, don’t get me wrong, it’s just didn’t blow me away with amazingness. While Daniel Day-Lewis does give a masterful performance as Abraham Lincoln, and the film does feature a stellar supporting ensemble, Lincoln is a fairly paint-by-numbers biopic of the closest thing we have to a national saint. Which is a shame, because Lincoln The Man is infinitely more interesting than Lincoln The Myth. END_OF_DOCUMENT_TOKEN_TO_BE_REPLACED