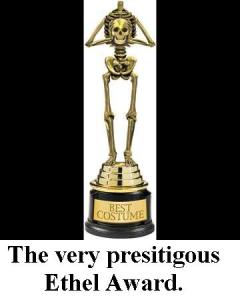 A semi-annual tradition here on Cinesnark, the Ethel Awards are our chance to time travel and fix the more egregious of the errors committed by the Academy. In the first Ethel Awards we went back and straightened out the 71st Academy Awards, held in 1999 for movies released in 1998. That was the year Shakespeare in Love beat Saving Private Ryan for Best Picture, but really it should have been The Thin Red Line. For the third Ethels, we’re revisiting the 72nd Academy Awards, held in 2000 for films released in 1999. That’s the year that contains one of the single greatest Oscar blunders of all time. It’s also the year that everyone ran wild over American Beauty and The Cider House Rules, two films that have not aged well, and thought The Insider got screwed. But you know what two movies were released in 1999 that were barely a blip on Oscar’s radar? Fight Club and The Talented Mr. Ripley. Hoo boy, do we have some fixing to do.

Not every category is represented. Best Visual Effects and the sound categories went to The Matrix, awards that still hold up, and the Best Foreign Language Film was the very deserving Pedro Almodovar’s All About My Mother. Solid decisions all around. Now for the less-solid decisions… 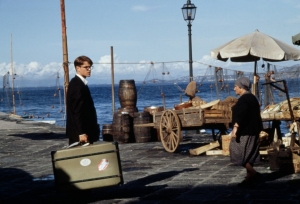 You can definitely make a case for Topsy-Turvey’s costuming Oscar, and I’m not arguing against their makeup win, but Art Direction should have been The Talented Mr. Ripley, a film which has a gorgeous visual palette that still looks as good as anything from the actual mid-century era. Sleepy Hollow is a “lesser Burton” and in no way pushes the bounds of what that means. And though I like Topsy-Turvey and won’t fight with anyone who defends it, I would hand their Costume Design Oscar to Ripley as well. Mid-century clothing styles are not as elaborate as the Belle Époque world of Gilbert & Sullivan, but Ripley nails both the realism of the world and the glamour of the era. Simply one of my favorite mid-century recreations on film.

The Red Violin was a preposterous mess—just make a decent biopic of Antonio Stradvari’s life already—but you know what? That score was pretty solid. You could make a case for The Talented Mr. Ripley, though, and I wouldn’t argue with you. It was also good.

Oscar: “You’ll Be in My Heart”, Phil Collins – Tarzan 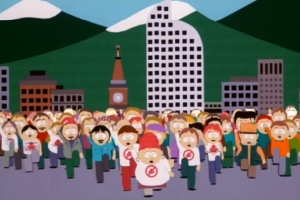 HOW DID THIS HAPPEN? SERIOUSLY. HOW?

Bring this up at an Academy-heavy cocktail party and you get reactions from “get off my lawn” to “yeah, we fucked that up”. But they know. They all know how badly they blew this call. It only looks worse in retrospect, since we now live in a world where the South Park guys have gone on to create one of the most successful original musicals in recent history and won a bunch of Tonys doing it. If Broadway can embrace South Park, the Academy should have been able to as well. But who know, maybe they’ll get another shot. Trey Parker and Matt Stone recently sewed up a huge funding deal to start their own studio.

Fight Club wasn’t even nominated in this category. Hard to believe, as James Haygood’s editing kept the convoluted narrative running at a nice clip while also balancing the real world of the Narrator and the imagined one of Tyler Durden. His cutting job is so good you don’t immediately notice—can’t, actually—that no one but the Narrator actually interacts with Tyler. Fight Club is a perfect example of what good editing looks like, if you ever find yourself wondering, “But how do I know when the editing is good anyway?” It looks like Fight Club. 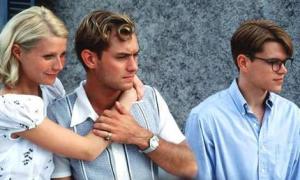 Another one not even nominated, cinematographer John Seale sat out Oscar night. I barely remember what American Beauty looks like except for “bright red”, but the visuals of Ripley have aged up beautifully. From the rich gold tones of the Mediterranean scenes to the frozen blues of New York, Seale’s color palette and lighting scheme withers and dies along with Ripley’s victims. The film has a kind of “living Dorian Grey” effect that puts it head and shoulders above American Beauty.

Ugh, The Cider House Rules. I didn’t like it then and I don’t like it now. Schmaltzy, trite, simplistic and entirely too linear for the complicated situations it was attempting to portray, this has to be one of the most overrated films of the 1990’s. Anthony Minghella’s adaptation of Patricia Highsmith’s novel, on the other hand, is complex, layered and subtle. Ripley is sympathetic even as his monstrosity grows, but Minghella does not shy away from how unflattering the portrait truly is, not only of Ripley but of the shallow swells he dupes. You could also make a case for Fight Club, which is actually better as a movie than a book, but it falls apart a little right at the end.

American Beauty is horribly overrated and Magnolia doesn’t get nearly enough love. It also features some of the most stellar soliloquies and lines of dialogue you’ll ever hear in a film. This was arguably the second biggest blunder of the night (behind Best Original Song, which was a catastrophe). 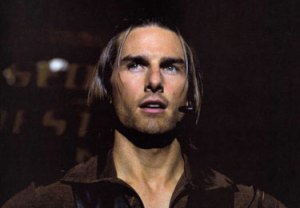 Tom Cruise can actually act. Magnolia proved that definitively. It also proved that he is at his best when he goes outside his “always the hero” comfort zone. He was terrific. And Caine knew he didn’t deserve the win, though he cited The Sixth Sense’s Haley Joel Osment as his rival, when really, it was Cruise. Osment should have been in the Best Actor category anyway—that was a bit of shameless category fraud, thinking the tot would have a better chance in the “softer” supporting category.

Jolie was very good in Girl Interrupted but Morton was extraordinary in Sweet and Lowdown. If you haven’t seen that movie, do, and I dare you to look away from Morton when she’s on screen. She does so much with so little. Jolie was the favorite going in but even on Oscar night her win felt a little like a steal. Thirteen years later, it is most definitely an act of highway robbery. 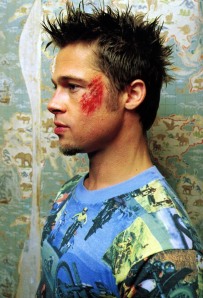 Pitt wasn’t even nominated for his portrayal of Tyler Durden, which has become one of the landmark performances of the 1990’s. Durden has sunk deep into the pop cultural psyche and that’s because of Pitt and his off the chain performance. Not unlike Cruise and Magnolia, Pitt in Fight Club was a light bulb moment when we all recognized that yes, Pretty Boy Pitt can really, hella act. It’s a gleeful, dirty performance that is still fascinating to watch over a decade later. Can’t say the same for Spacey.

I’m not a huge Swank fan, and she should have to surrender one of her Oscars for all the shit she’s made in shameless Oscar-baiting over the last decade (Amelia, anyone?), but she was tremendous in Boys Don’t Cry. I won’t argue this one. 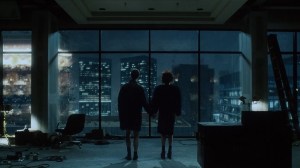 Another non-nomination, Fincher took a difficult book about vile people and rendered it into a scathing, searing portrait of early-millennial masculinity. He coaxed career-highlight performances from everyone in his cast and composed some of the best shots of his career. His exhaustive filming style (by now we all know about the dozens upon dozens of takes he puts his casts through) resulted in a worn-down look that matched the Narrator’s degraded humanity perfectly. Fight Club has a lot of dirt in it but the visuals are actually very clean, with hard, stark lighting and sharp compositions. But everyone looks so goddamn tired, and each set bears the marks of actual use (from all that sitting around during takes, no doubt), that the world feels very lived in and practical in a way American Beauty’s Stepfordia never did.

And once again, Fight Club wasn’t even nominated. No other film from 1999 matters like this one does—it essentially predicted the financial downfall that would come ten years later partly thanks to those credit card companies Tyler Durden was so hot to level—and hardly anything from that year remains as watchable, and enjoyable, as Fight Club. It’s a filmmaker’s dream film, but it’s also one that still sits in our collective psyche, long after the likes of American Beauty and The Cider House Rules have faded.